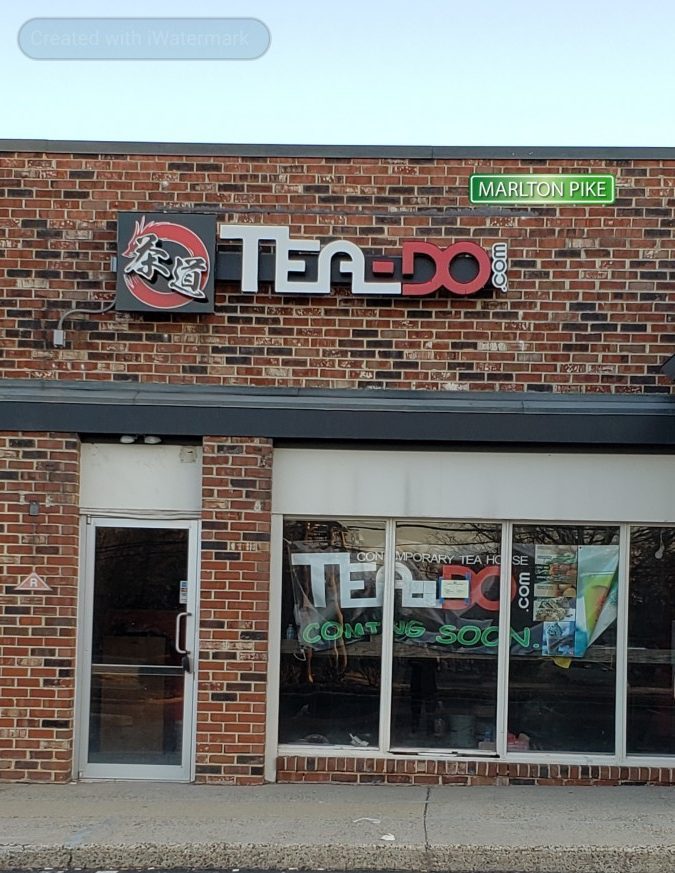 Tea-Do is coming to Cherry Hill!

Tea-Do is the latest entry into the now crowded tea house market in Cherry Hill.  Tea-Do is a small chain of 6 tea shops which originated in Philadelphia, and now includes locations in Boston and Maryland.  The Cherry Hill location will be their first in NJ.

What is Boba or bubble tea?  Boba and Bubble tea are essentially two names for the same thing.  On the east coast of the US, the phrase bubble tea seems to dominate, but the west coast prefers Boba.

“Whatever you call it, in its most basic form, the drink consists of black tea, milk, ice, and chewy tapioca pearls, all shaken together like a martini and served with that famously fat straw to accommodate the marbles of tapioca that cluster at the bottom of the cup.  The pearls are made from tapioca starch, an extract of the South American cassava plant, which came to Taiwan from Brazil via Southeast Asia during the period of Japanese rule between 1895 and 1945. Tapioca pearls start white, hard, and rather tasteless, and then are boiled inside huge, bubbling vats and steeped in sugary caramelized syrup for hours, until eventually they’re transformed into those black, springy tapioca pearls we’ve come to know and slurp.”  –Boba Explained, The Eater Guide to Taipei

Boba shops have been springing up around the area, with several already located in Cherry Hill – Kung Fu Tea on Haddonfield Road, Mr Wish in Barclay Farms and Bubblelicious in Cross County Plaza.  In addition, another Kung Fu Tea is expected at Brace Road Station, which MarltonPike previously reported about here:  https://www.marltonpike.com/hung-vuong-supermarket-brace-road-station-developments/

The new Tea-Do will be on Route 70 West in Saw Mill Plaza.  It has been a slow construction process.  Permits were received back in August 2019, and it didn’t seem much had been done to the interior when we took pictures in January, but there has been progress since then, and a lighted sign has been hung on the marquee.  No word on an opening date yet, but we’ll keep you posted.