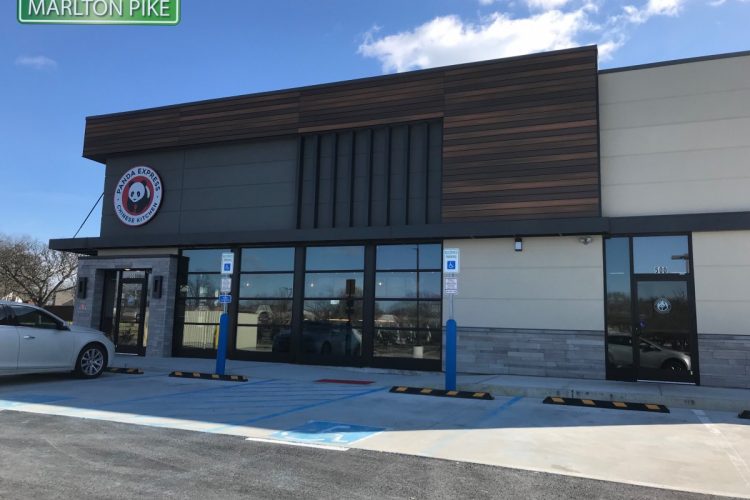 At the end of December, Panda Express opened a new location in Cherry Hill, on Route 38. More specifically, it is in the right side parking lot of the Walmart Shopping center, in a new dedicated building.

Panda Express is a fast-casual “American Chinese” restaurant offering a variety of well known and unique to them dishes. If you’ve been to Pei Wei, it’s a similar menu model… and the Panda Express fills a void in Cherry Hill with the Pei Wei having closed. Panda Express continues to grow the chain, and has over 2,000 locations!

In a ordering style that is becoming more and more common in newer casual eateries, there is a step-by-step systematic approach to ordering;

Other eateries such as Mission BBQ and Chipotle have variations of this food serving model…. which while Chipotle really has it refined down to a pattern, I think Boston Market was first.

The restaurant itself is brand new, modern and bright and should attract a lot of new patrons.

This is the start of several new locations, including one that is coming to Turnersville NJ, as reported by 42Freeway.com. The Turnersville location will be built where a prior business/building was located, and that demolition has recently started.

Plans for a Taco Bell on Route 38 in Mount Laurel

Camden's Minor League Ballpark Campbell's Field, is now completely gone. After 16 years and the loss of it's Minor League team, Government officials deemed the property had better uses, and it will become athletic fields for Rutgers University Camden.
This Post Has 0 Comments