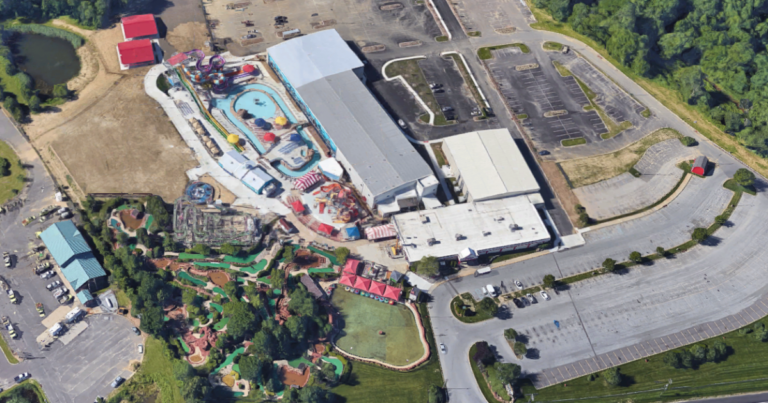 Mount Laurel’s wildly popular Funplex Amusement Center has applied for a Hotel/Motel liquor license, which can only be awarded to new hotel construction consisting of 100 rooms or more.  The interesting thing of course is… where is the hotel?

A quick step back… The typical pattern of authorizing liquor licenses in New Jersey is based on population, and most thriving towns have simply used them all up (hence the typically high prices for licenses).  But an extension to the laws allows new licenses be authorized to newly constructed hotels of 100 rooms or more, and Mt Laurel has benefited significantly from it with FOURTEEN special hotel oriented licenses!

Back in 2012 (and earlier) the Funplex owners won approval to build a 131 room hotel with additional buildings for a restaurant and retail.  The plan was to market it as a separate entity… a hotel close to Funplex for those needing a room, but the hotel would not be branded as a FunPlex hotel.  But up until now nothing has been developed.

The last we heard mention was back in 2018 during approval for a holiday fireworks display, the Zoning Board asked about the status of the hotel plans:

(2018) testified that there is no immediate plan for a hotel on the property but it is a possibility in the future.

A few additional details on this.   In December Mt Laurel advertised a bidding process for a hotel/motel license with a minimum bid of $275,000.  The bid opening date was set for Jan 22nd, 2020.  The winner would need to file with NJ ABC department by February 19, 2020.

While I didn’t locate the official “Funplex Approved” document yet, a day after the bid award (January 23rd) a notice was published regarding the Falls Group (owners of the FunPlex) were awarded the license (which again has to be finalized by the state).

I don’t think towns just randomly auction off hotel liquor licenses unless there is a specific request from a business owner, and it’s this author’s opinion that Funplex is finally ready to build the hotel and restaurant(s), and asked the town to start the process (which requires a public notice and bid process).

The public notice does say “Plans of buildings to be constructed may be examined at the office of the Municipal Clerk” which clearly indicates something is going to be built (well obviously as they need a hotel for this liquor license!).   MarltonPike.com has not had a chance to examine the plans at the time of this article’s publishing, but we’re working on it!

So all of this leads to us wondering…. is 2020 the year that the hotel and restaurants start construction on Route 38’s Funplex Complex?  We aren’t sure…. yet.  We also aren’t sure if the planning approval from 2012 would still be valid, and would the Falls Group have to reappear at Planning/Zoning to “refresh” their approval?

At this time we are not aware of the hotel brand or restaurant/bar they are looking to add.