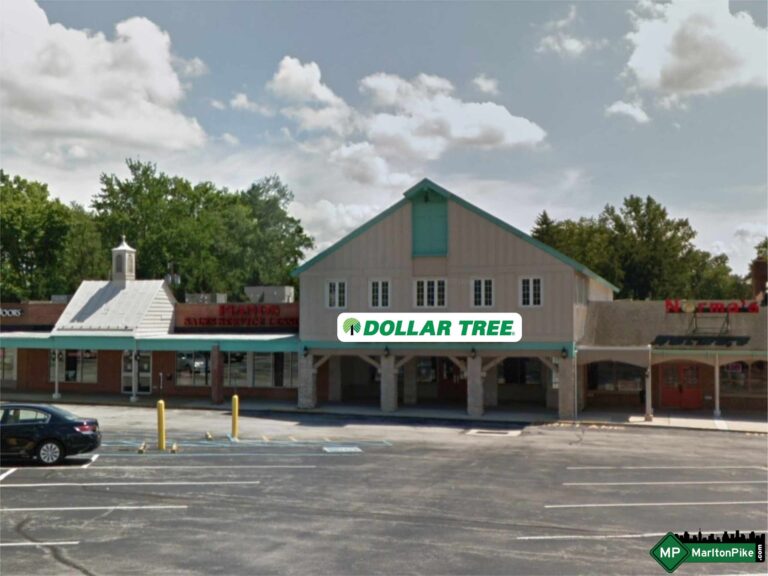 A new Dollar Tree store is coming to the Barclay Farms Shopping Center on Route 70 in Cherry Hill, taking a space which for years was home to a Jacobs Music location. Jacobs relocated to another unit in the same center, near Saladworks.

In related news, recently a Dollar Tree location closed at the nearby Ellisburg Shopping Center. It would seem this new Barclay Farms location is meant to be it’s replacement. The referenced Ellisburg space is being developed into Wren Kitchens.

We have several pieces of information to tie this Dollar Tree story together, but one very key item is that Dollar Tree is already publicly hiring for the Barclay store! (Snagajob: Dollar Tree Sales Floor Associate)

I also have the full construction plans for the project which show the new Dollar Tree taking on the entire space of the music store’s former location.

For those unaware, Dollar Tree fits into the “dollar store” category but they have recently updated their pricing model to set the core pricing at $1.25 and offering some specialized products at even higher price points.

For the new Cherry Hill store, as mentioned Dollar Tree is already hiring for the store. In the job listings we found, they use the direct address of 150 Barclay Farms Shopping Center is listed which further pinpoints the location. (Each store in the Barclay Farms center as their own address)

Additionally, the awesome folks at Metro Commercial Real Estate are responsible for signing leases in the Barclay Farms center… and their most recent site plan PDF shows the same space labeled as “At Lease”.

The “at lease” designation means there is a company in the signing stages to move in, but it is too early for the leasing firm to divulge on behalf of the new tenant. In this case though, Dollar Tree already has divulged by posting job positions.

And as mentioned, I have the full construction plans for the new Dollar Tree which also have the address.

For the new location, visually from the front the space appears as two different units although they are connected as one space in the interior. The right portion of the unit has a second floor (which is not part of the Dollar Tree project)

The main entrance will be shifted to be more in the center of the combined units, but still in that right-most segment.

Cash registers would be on the front left, and merchandise aisles will run front to back in the store, with additional shelving surrounding the perimeter.

A portion of the Western end was recently demolished, for future redevelopment. The demo work included the removal of the Barclay Pavilions office building.

There were expectations that a new Wawa would be developed in the front parking area, but it was reported last week the Wawa project is not happing for Barclay. (70and73.com).

Several other new retailers have signed on with the Barclay Farms center in recent years including; Planet Fitness, Indeblue and Nothing Bundt Cakes.

Regarding Jacobs Music, they are multi-location piano retailer in the Delaware Valley.

With impacts of the pandemic and other factors, they have implemented several strategic business changes. The Jacobs Music Doylestown PA warehouse for example, is closing and for December they have been having a closeout sale there

For Cherry Hill, in June of this year they posted on Facebook that they were downsizing the Cherry Hill location.

We’ve been informed that as part of that downsizing they relocated to a unit in the same center, near Saladworks and IndiBlue.

Job Listing (there may be others)