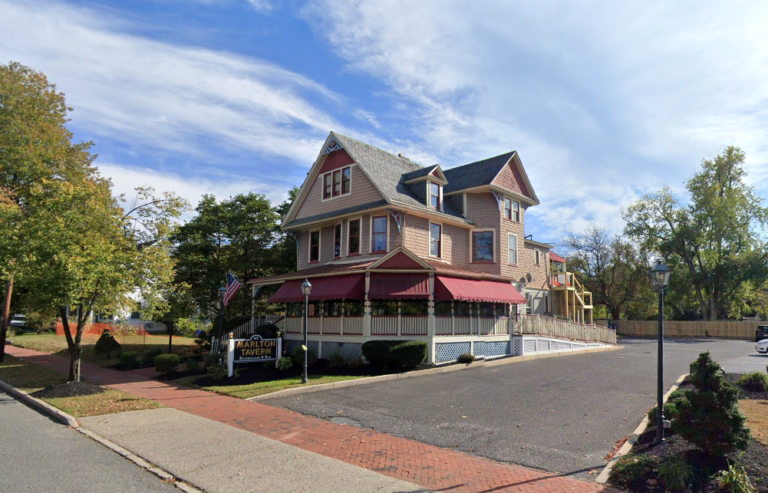 The growing Cinder Bar restaurant concept looks to continue its expansion, with plans in the works to open it’s third location in Marlton NJ, taking over the former Marlton Tavern license, and presumably the location.  This is according to a published PUBLIC legal notice regarding the transfer of the liquor license to Cinder Bar ownership.  Of course in today’s current retail/economic situation… anything can change so we’ll have to wait and see.

So it could be argued that this notice is not entirely clear about the building status… but the “for premises located at 65 East Main” indicates to me that the license is to continue to be used at the Marlton Tavern location.

The Marlton Tavern’s most recent Facebook post on March 16th states “We will be closed for dine in. We will be doing full menu and beer/wine take outs until further notice!“

At this time, we are not clear on the design plans for the third Cinder Bar (Marlton) location or if it will be at the same spot as the Marlton Tavern…  Cinder Bar has a very distinctive look in it’s other two locations featuring a modern rustic style, and if it were to take over the Main Street building it could mean significant changes.

Both restaurants have a strong reputation in South Jersey:

The Marlton Tavern recently celebrated it’s 20 year anniversary, opening in February 2000… but the restaurant and building has been an icon on Main Street Marlton for much longer.  The Marlton Tavern About Us page states the building goes back to 1898, initially built as a private home for the Brick family.   In 1999 the Lavdas family took over the restaurant, completely restoring the building to it’s original charm.

In a video posted on a Facebook group, one of the Marlton Tavern owners toasted the bar and it’s loyal patrons.  The gentleman says in a proud but saddened tone, that the night may be the last the bar was open serving alcohol…. considering a sale was pending and the current corona virus situation closing bars and restaurants.

“This place has been here for 20 years. We opened up in February of 2000. We’re not closing yet, but there’s a chance we may. And due to the latest events we may not be able to have a final night. This may be the final night. So for everybody that’s come here for all these years.. do me a favor, one last moment. In the future you’re gonna be driving by here. You’re like, I remember being in that place. if you’re having a bad day, just think about when you’ve been here. And all the fun and all the people. We love you all, thank you so much”

Before it became the Marlton Tavern around the start of the century, locals would remember it’s 13 month run as Scargo On Main… and before that it was Clayton’s for about 7 years, starting in 1991.  This is according to Marlton based website and Facebook page “A View From Evesham“

Cinder Bar recently opened it’s second location in the Cross Keys area of Williamstown, and it has truly wow’d the area residents with its hand crafted food and cocktails, in a beautifully designed decor.   Since their December opening, the large restaurant typically experiences long multiple hour waits on weekends.  Cinder Bar is owned by two South Jersey businessmen who started small, have done the right things for their customers, and seeing growing success.   Our sister site 42Freeway has covered that location extensively, and for more details on what the Cinder Bar experience will bring to Marlton, read here:  The New Cinder Bar Cross Keys in Williamstown Exceeds Lofty Expectations in both Food and Design!

Cinder Bar promotes an experience where effort is put into making every aspect of the experience fresh, local and hand crafted.

1 thought on “Cinder Bar Planning to Take Over the Marlton Tavern Liquor License, According To Public Transfer. Was the Tavern’s Last Beer at the Bar Already Served?”